Topic: Microsoft EMET, a view from the trenches

Branden is an IT Security Analyst with the Idaho Transportation department, an agency with 1600 employees and part of the larger Idaho state executive branch. He has worked there for 9 years, and has been in the CyberSecurity office since 2012. Previous to that he had a brief stint as a server administrator at ITD, spent a year as an IT Systems Administrator for an aquaculture company (where he had the unique opportunity to eat caviar that he could never afford otherwise), and before that again at ITD where he cut his teeth as a packet herder (Network Analyst) and spent some time as an intern doing desktop support. He has an Associates of Applied Science and Bachelors of Applied Science in Computer Network Technology from BSU. He has a SANS GSEC certification and a hopefully-soon-to-be-renewed Cisco CCNA.

Location Monthly meetings are held from 11:30 AM to 1:00 PM MST at the StoneHouse, unless otherwise stated: 665 Park Boulevard  Boise, ID 83712  The StoneHouse is located at 665 Park Blvd., next to the Ram, near the intersection of Broadway Ave. and Park Blvd. 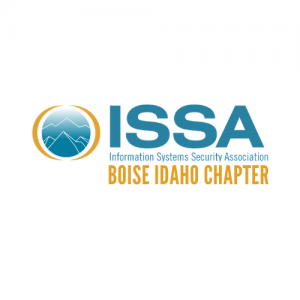